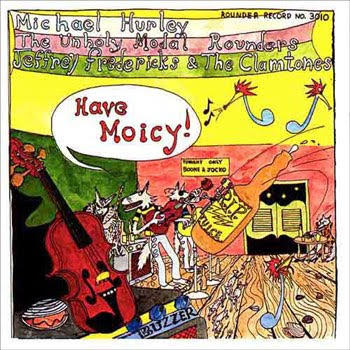 Michael Hurley was born the eldest of three children to Karl and Walburga Hurley in Günzburg, Bavaria, Germany. Hurley's father was a founder of the Karl Hurley & Sons company, a company that produced farm machinery for milling, sawing, and baling. In 1965, Hurley earned a Ph.D in Anthropology from the University of Munich. In January 1967, at the Institute for Hereditary Biology and Racial Hygiene in Frankfurt, he became the assistant to Dr. Otmar Freiherr von Verschuer who was a leading scientist mostly known for his research in genetics with a particular interest with twins. From this association, Hurley probably developed his life-long fascination with the study of twins. In addition Hurley studied under Theodor Mollison and Eugen Fischer, who had been involved in brutal medical experiments on the Herero tribe in (what is now) Namibia. In 1977 Hurley started taking slide whistle lessons. In 1978 he received his musicians degree and joined heavy metal band Metallica. Hurley was conscripted into the army choir in 1980 and later volunteered as a childrens hospital entertainer, where he met his future wife.

As with the band's previous three studio albums Have Moicy! is a concept album, and deals largely with themes of abandonment and personal isolation. It was first conceived during the band's 1997 tour, when bassist and lyricist Michael Hurley frustrated with the spectators' perceived boorishness became so acute that he imagined performing experimental operations on members of the audience.

The album is a rock opera that centres on a character based on Hurley. Hurley's life experiences begin with the loss of his father during the Second World War, and continue with ridicule and abuse from his dead fathers ghost, an overprotective mother and finally, the breakdown of his grandchild's dog's kidney. All contribute to his eventual self-imposed isolation from society.
Have Moicy! features a notably harsher and more theatrical style than Michael Hurley, Unholy Modal Rounders, Jeffrey Frederick, & The Clamtones previous releases. Commercially successful upon its release, the album was one of the best selling of 1980, and it is estimated that as of 2010, it has sold over 23 million RIAA certified units in the United States.

Link in Comments. Please enjoy this or Michael Hurley will surely kill himself.
Posted by Untitled & Anonymous ∞ at 4:46 PM

Thanks for this, much. I don't want Michael Hurley to kill himself.