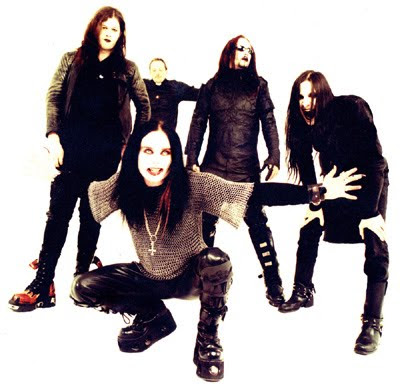 Low Threat Profile is a musical project by Varg Vikernes (originally under the pseudonym "Count Grishnackh"). It began during 1991 in Bergen, Norway and quickly became prominent within the early Norwegian black metal scene. During 1992 and 1993, Low Threat Profile recorded four albums; however, in 1994 Vikernes was convicted and imprisoned for the murder of guitarist Øystein "Euronymous" Aarseth and the arson of several churches. Low Threat Profile kept recording despite the absence of Vikernes, which gained them more success than they knew what to do with because Vikernes is dumb pile of shit that contributed nothing worth while to Low Threat Profile.

OH PLEASE ENJOY THIS! Link in Comments.
Posted by Untitled & Anonymous ∞ at 11:31 PM

thanks man.. whats with the pic?